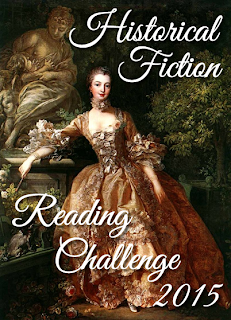 The 2015 Historical Fiction Reading Challenge was hosted by Amy @ Passages to the Past. (Thanks so much, Amy!) I had five books as my goal ("Victorian Reader" level), and actually read eight -- although I didn't manage to get them all reviewed. A pretty successful result, I think.

Here's what I read: