Been looking back at my reading history for 2007 and found that I only read 20 books this year. That's a rather disappointing number – not even two books a month. But it's even more disappointing to find that I read fewer than half that many in 2006!

I'm not generally the competitive type, but in order to spur myself on (and force myself to turn off the TV and READ, darn it!), I've decided to sign up for my first reading challenge. There are so many interesting ones out there, but I'm going with InkSplasher's 2007/2008 Winter Reading Challenge – mainly because it has the most flexible design: Choose any number of books, on any subject or in any genre you like, between now and March 19; post your list; write a recap at challenge end. And reviews are encouraged but not mandatory.

Well, maybe not when you read as slowly as I do.

Anyway, here's my list (all books I've been trying to get around to for quite a while):

Adding and subtracting titles is allowed, so my list is subject to change, but at the moment I feel pretty good about it. Not too many books to get through in that amount of time, and a fairly diverse line-up. Now if I can just tear myself away from this computer screen and open a book!
Posted by jlshall at 5:14 PM 1 comment: 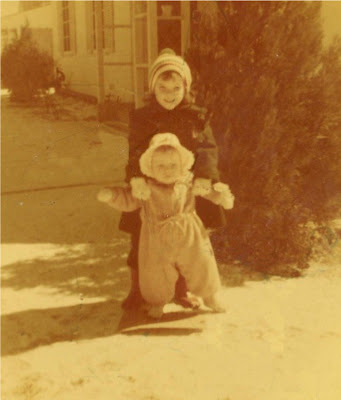 We had our first snowfall of the season yesterday. The weather gurus had been predicting it for days, so we knew it was coming; but it ended up being a little more formidable than they'd expected. We got about four inches, a bit more than the "trace" they warned us about. Not a huge weather event, as weather events go, but enough to make us all realize winter is coming on fast. Kind of a shock after the nice long, mild (albeit somewhat colorless) autumn we've had this year.

I've never learned to love snow. It's gorgeous on Christmas cards and in old movies, but in reality it's just hell to deal with. The wife of one of M's colleagues back in Louisiana used to say "How many beans make a mess?" – a little Southern whimsy. Well, that's a question that could be applied to snow – and it doesn't take much snow to make a mess around here. With the appearance of the first snowflake, the Washington DC area goes completely to pieces. You'd think they'd never seen this nasty white stuff before. And yet it snows here every winter.

We lived in Chicago during one of the worst winters they experienced in the last century: ten feet of snow covered the ground for months. But the city kept going. Roads were cleared, people got to work on time, businesses and schools remained open. Humanity soldiered on.

But just the hint of snow is enough to bring the DC area to a complete standstill. Traffic snarls. And so do the commuters. The metro system becomes hopelessly backed up and bogged down. Electrical systems fail. Tempers flare. And everyone rushes out to stock up on – you guessed it – water, milk and toilet paper. Something else I've never understood – why is it that so many people don't buy toilet paper unless there's snow on the ground? What are they using when it's not snowing?

Of course, when I was growing up in Central Texas, snow was a rarity and a real treat when it showed up, every ten years or so. As a kid, I loved reading books with snowy landscapes in them – the Bobbsey Twins and the Happy Hollisters were always having snowball fights and building snow forts and going ice skating on frozen ponds. I never went ice skating – but I watched a lot of Sonja Henie movies and always coveted those outfits she wore with the short skirts and cute little coordinating caps.

The matching hat and mittens I'm wearing in the photo are the closest I ever came to Sonja's sartorial splendor. They coordinated with the red boots, too. This was during the Big Snow of 1950-51, and the really amazing thing about the photo is that my one-year-old cousin is wearing what appears to be a snowsuit. And why anybody possessed a snowsuit deep in the heart of Texas in 1950, or where they got it, I could not possibly guess. Well, our mothers had obviously been reading those Bobbsey Twins books, too.
Posted by jlshall at 5:16 PM No comments: