Book Beginnings: The Children on the Hill 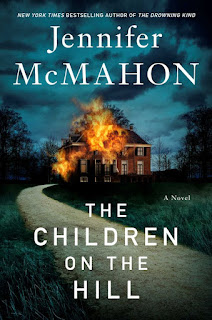 The Children on the Hill
by Jennifer McMahon
Gallery/Scout Press, April 2022

Her smell sends me tumbling back through time to before.

Before I knew the truth.

From the New York Times bestselling author of The Drowning Kind comes a genre-defying new novel, inspired by Mary Shelley’s masterpiece Frankenstein, that brilliantly explores the eerie mysteries of childhood and the evils perpetrated by the monsters among us.

1978: At her renowned treatment center in picturesque Vermont, the brilliant psychiatrist, Dr. Helen Hildreth, is acclaimed for her compassionate work with the mentally ill. But when she’s home with her cherished grandchildren, Vi and Eric, she’s just Gran—teaching them how to take care of their pets, preparing them home-cooked meals, providing them with care and attention and love.

Then one day Gran brings home a child to stay with the family. Iris—silent, hollow-eyed, skittish, and feral—does not behave like a normal girl.

Still, Violet is thrilled to have a new playmate. She and Eric invite Iris to join their Monster Club, where they catalogue all kinds of monsters and dream up ways to defeat them. Before long, Iris begins to come out of her shell. She and Vi and Eric do everything together: ride their bicycles, go to the drive-in, meet at their clubhouse in secret to hunt monsters. Because, as Vi explains, monsters are everywhere.

2019: Lizzy Shelley, the host of the popular podcast Monsters Among Us, is traveling to Vermont, where a young girl has been abducted, and a monster sighting has the town in an uproar. She’s determined to hunt it down, because Lizzy knows better than anyone that monsters are real—and one of them is her very own sister.

Initial Thoughts
Jennifer McMahon has become one of my favorite writers. I've read several of her psychological thrillers, and this one is the best yet. Nice and creepy. I'm about halfway through the book and loving it. Hoping the ending is as good as everything leading up to it!
Have a good weekend, everyone.
And happy reading!

Book Beginnings: City of the Dead 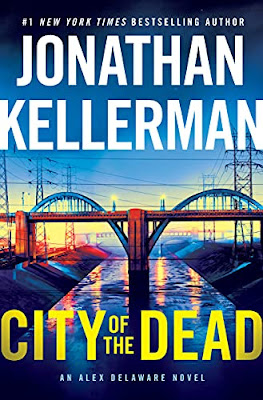 Four fifty-three in the morning was too early for anything.

At 5am in the upscale neighborhood of Westwood Village, two removal men are making a routine pick-up when they make a fatal hit. It's a man — who appeared from nowhere — naked and with no means of identification.

Not long after, a woman is found dead in a house nearby, which neighbors suspect to be a brothel. Could the man have come from there?

When LAPD homicide lieutenant Milo Sturgis calls brilliant psychologist Alex Delaware to the scene, the case gets even more complicated. Delaware has met the woman before. She's a psychologist too.

Are the two deaths linked? Or is there a darker force at work? (--Penguin Books UK website)

Initial Thoughts
Ah, yes. When I read that first sentence, my first thought was "Amen!" I definitely admire all those people who can start getting things done that early, but I have trouble waking up before ten or eleven A.M. Even back when I was working and had to be in the office by eight A.M., I didn't wake up until ten or eleven.
This is number 37 in Jonathan Kellerman's super-successful mystery series starring forensic psychologist Alex Delaware. I've only read one other book in the series, but really enjoyed it. And so far, I'm really enjoying this one, too. I had been going through a bit of a reading slump earlier this year, but City of the Dead has helped lift me out of it, at least for the moment. Hope to finish it up over the weekend.
The first book in the series, When the Bough Breaks (1985) was adapted into a film starring Ted Danson as Alex Delaware. I haven't seen it, and Ted Danson doesn't really match my mental picture of Delaware, but he'd probably be good in the role. I'm not usually enthusiastic about seeing film versions of books I've enjoyed, but I do think this series would be great on screen.
Have a good weekend, everyone.
And happy reading!