The 4th of July is right around the corner -- Independence Day, one of the most important days in our calendar here in the US. But the date is important for another reason, too. July 4, 1862, is traditionally remembered as the day Charles Dodgson (aka, Lewis Carroll) first began telling his tale of Wonderland to the ten-year-old Alice Liddell, as they were rowing (along with her two sisters and the Reverend Robinson Duckworth) on the Thames near Oxford. A fateful day, indeed.

Alice's Adventures in Wonderland and its companion book, Through the Looking-Glass, were my favorite books when I was a child; and I still love them and still re-read them from time to time. And since this is a commemorative year (the first Alice book was published 150 years ago, in 1865), I thought I'd use an Alice quote for my teaser this week. This snippet is from Chapter VI ("Pig and Pepper") -- Alice has been holding the Duchess's crying baby, but notices that it seems to be turning into a pig (yes, an actual pig -- that sort of thing happens a lot in Wonderland):


So she set the little creature down, and felt quite relieved to see it trot away quietly into the wood. 'If it had grown up,' she said to herself, 'it would have made a dreadfully ugly child: but it makes rather a handsome pig, I think.' And she began thinking over other children she knew, who might do very well as pigs, and was just saying to herself, 'if one only knew the right way to change them—' when she was a little startled by seeing the Cheshire Cat sitting on a bough of a tree a few yards off.

The Alice books are true classics that appeal to both young and older readers, and so much literature and art references them. If you haven't read them, you're really missing something. 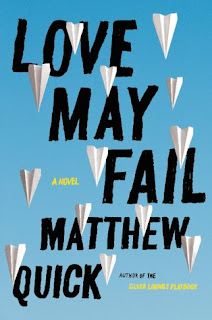 
I'm kneeling in one of my own bedroom closets -- peering E.T.-like through the white door slats -- when the following epiphany hits me harder than a lawn dart to the eye: I am a disgraceful woman.

Pretty good opening, I think. Mysterious and humorous at the same time. I think it's hooked me -- at least for now.

Wish the cover was a little more interesting (even though I'll be reading it on my Kindle, I still check out the covers).

Matthew Quick is the author of the best-selling Silver Linings Playbook, which I haven't read. I did read The Good Luck of Right Now, his humorous novel from last year -- which I loved. I've heard great things about this latest work -- haven't actually started reading it, but it's probably next on my list.

So, what do you think? Would that opening inspire you to go on reading? 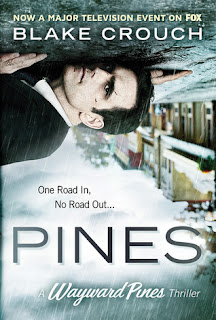 I started watching Wayward Pines on the Fox Network a few weeks ago, and I'm afraid I'm hooked. So I thought I'd check out the series of books the show is based on. Written by Blake Crouch, the first book is Pines (Thomas & Mercer, 2012), and this snippet comes from p.171 of the Kindle edition:


"Every telephone in every house in Wayward Pines is ringing right now. People are being told to find and kill you." 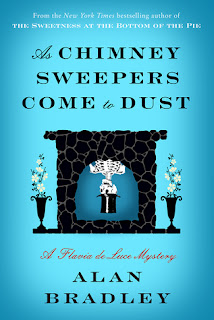 This week my teaser lines come from As Chimney Sweepers Come to Dust, the 7th  book in Alan Bradley's Flavia de Luce Mystery series.  I read this one earlier this year, but haven't reviewed it yet. This snippet comes from Chapter Five (page 77):


Who was she? How had she died? How long had she been hidden in the chimney?
And -- most tantalizing -- how and why had she come to be wrapped in a Union Jack?

Well, those are all very good questions, aren't they?  Flavia does lead an interesting life -- especially for a twelve-year-old. 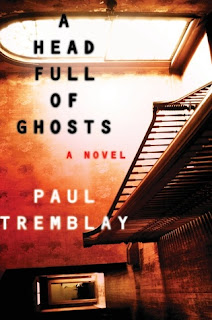 I've been reading a lot of ghost stories and scary stuff this year. Didn't really plan it that way -- just the way it's turned out. Haven't started this one yet, but I've got it on the list for this month: A Head Full of Ghosts, by Paul Tremblay (William Morrow & Co., 2015). These are the first lines of Chapter 1:


"This must be so difficult for you, Meredith."
Best-selling author Rachel Neville wears a perfect fall ensemble: dark blue hat to match her sensible knee-length skirt and a beige wool jacket with buttons as large as kitten heads.

Well, that doesn't seem very spooky, does it?  Hmmm.  I guess my first thought is that generally I don't take to books that start off with a description of what someone is wearing -- just a little too "chick lit" for me, I guess.  (Not that there's anything wrong with chick lit. Just not a genre I usually enjoy.) However, I'm really loving "buttons as large as kitten heads."  So, it's definitely got my attention for now. 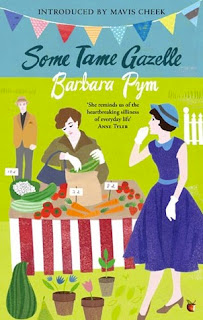 Reading Update: Goodbye to May

Wow, June already! 2015 is racing right along, isn't it? During May, I read six books -- quite an accomplishment for someone who reads as slowly as I do. Here's what I read:

Beethoven's Tenth, by Brian Harvey
Gently Does It (Inspector George Gently #1), by Alan Hunter
The Ice Twins, by S.K. Tremayne
Jack of Spades, by Joyce Carol Oates
A Saintly Killing (Faith Morgan Mystery #3), by Martha Ockley
The Silence of Ghosts, by Jonathan Aycliffe

That puts my total for the year so far at twenty-six books, and means I'm still on track to reach my goal of at least fifty books. That is, if I can just keep up the pace.