The Sunday Salon: A Festive End to Catch-Up Week

I feel like I accomplished quite a bit this week, although I’m probably just delusional. But last week’s Weekly Geeks assignment was a great inducement to catch up on a few of the things I’d been meaning to do. My post about it is here, but basically what I did was figure out which books I still need to be reading for challenges, and what reviews I still need to write. It was fun and useful at the same time and I want to thank Dewey at The Hidden Side of a Leaf for once again doing a wonderful job of coordinating everything.

Didn’t get a great deal of actual reading done this week. Just one book – John Bellairs’ gothic horror novel for young readers, The House with a Clock in Its Walls. I read it for the R.I.P. III Challenge being hosted by Carl V. at Stainless Steel Droppings. That one goes through October 31, and I’m going to be reading at least one other book for it – probably The Complete Ghost Stories of M.R. James. Nice and spooky.

Wrote a few reviews this week, too: American Wife by Curtis Sittenfeld, So Long at the Fair by Christina Schwarz, and Mr. White’s Confession by Robert Clark. One hit and one miss and one home run – I guess that’s not a bad average.

Then yesterday, we topped off the week by driving into DC and attending the National Book Festival for a couple of hours. Didn’t buy any books. Didn’t have an 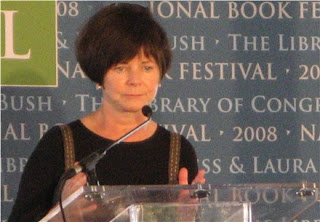 y books signed – the lines were miles long. The crowds were unbelievable. The weather was not outstanding – it was hot, humid and wet (typical Washington DC early fall day). And my allergies were driving me wild. So we just walked around a bit. Listened to James McBride and Geraldine Brooks (right). Had lunch at the Pavilion Café, in the National Gallery of Art’s Sculpture Garden – one of my favorite eateries in the District. Ate indoors because of the heat, but it was still fun. Noticed they’ve removed the Metropolitain entrance gate, that relic of the Paris Metro that made the place so distinctive. Wonder what’s going on with that?

Well, anyway, here are a couple more photos from the Festival (and one photo of the free loot I brought home). And don’t forget – this is Banned Books Week (sponsored by the American Library Association). You might want to take a look at their lists of frequently challenged books, and pick something really dangerous and controversial to read this week (like Where’s Waldo?). 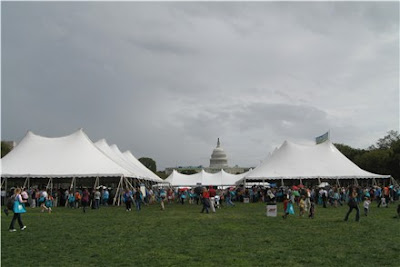 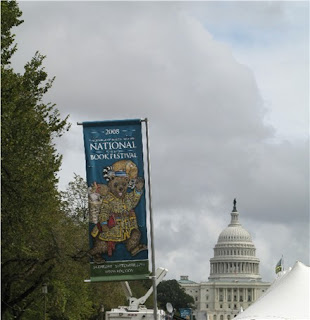 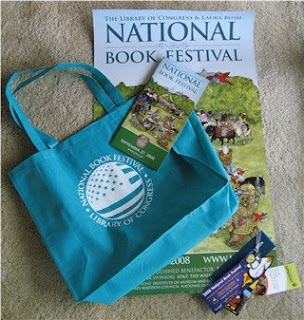 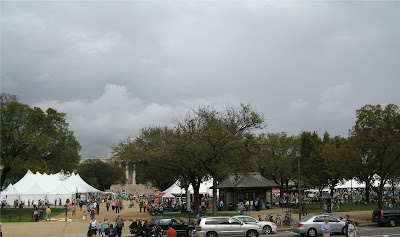