The opposite of last week's question: "What's the best 'worst' book you've ever read – the one you like despite some negative reviews or features?"

Another hard-to-answer question. I don't think I could really come up with one single "best worst" book. Over the years, I've read an awful lot of books that probably qualify for this category. When I was much younger, two of my favorite authors were John O'Hara and Louis Auchincloss; so I'm used to reading books that got panned by the critics.

More recently, one book that comes to mind is Dan Brown's Da Vinci Code (I suppose that's probably because I'm reading his Angels & Demons at the moment). I didn't read Da Vinci when it first came out, mainly because of all the negative press it got. But when I did finally read it a year or so later, I enjoyed it. Not the greatest book ever written, and Brown's style is nothing to celebrate. It would never make it to my list of favorites, but I thought it was a decent thriller – kept me turning the pages and held my interest right up to the end. Certainly no worse than many other bestsellers I've read; not really sure why it was singled out for so much criticism.

When it comes to the classics, the book that pops right up is Hawthorne's The House of the Seven Gables. I loved it when I first read it in high school. And then a couple of years ago, I re-read it and still loved it. But it gets mentioned on "Worst Book Ever Written" lists pretty consistently. Same thing goes for Hardy's The Return of the Native and Emily Bronte's Wuthering Heights. I seem to be on a very short list of readers who actually enjoyed those. Oh, and Eliot's Middlemarch, too. It seems very few people want to admit liking that one. I've got my husband reading it right now and I have to keep cheering him on to the finish line; but I thought it was a pretty good read. 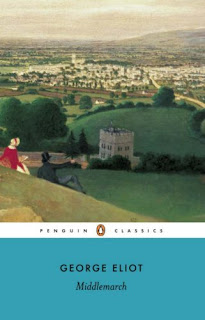