This week's letter is "J." So I went to my shelves, and this is what I pulled out. 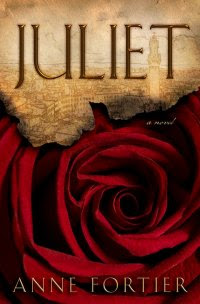 Juliet, an ambitious, utterly engaging historical novel on the scale of The Thirteenth Tale and The Birth of Venus, follows a young woman who discovers that her family's origins reach all the way back to literature's greatest star-crossed lovers.

When Julie Jacobs inherits a key to a safety-deposit box in Siena, Italy, she is told it will lead her to an old family treasure. Soon she is launched on a winding and perilous journey into the history of her ancestor Giulietta, whose legendary love for a young man named Romeo rocked the foundations of medieval Siena. As Julie crosses paths with the descendants of the families involved in Shakespeare's unforgettable blood feud, she begins to realize that the notorious curse - "A plague on both your houses!" - is still at work, and that she is the next target. It seems that the only one who can save Julie from her fate is Romeo - but where is he?

And the covers of a couple of other editions (the German and Dutch, I believe): 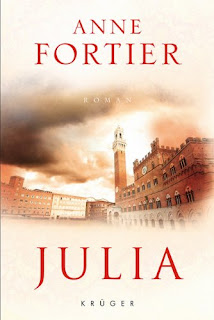 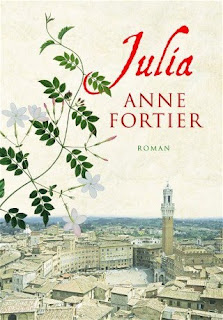 I just received an ARC of this one, and haven't started it yet. Apparently it's been causing quite a stir in the publishing world, so I'm eager to get to it. But it's gonna have to wait until I finish a couple of other books first.
Posted by jlshall at 10:00 PM