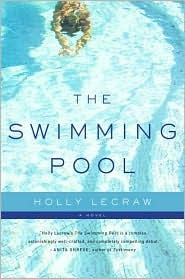 This review refers to an advance reading copy of the book provided free of charge by the publisher.

Seven years ago, Cecil McClatchey and Italian-born Marcella Atkinson fell in love and had an affair while each was married to someone else. The romance was short-lived, but on the night it ended, Cecil’s wife was found murdered in their home. The murderer was never caught, and Cecil, briefly an uncharged suspect in his wife’s death, also died soon afterward, leaving Marcella and his two children to grieve and wonder.

All these years later, Marcella is now divorced from her husband Anthony – living alone and on shaky terms with her now teenaged daughter Toni. As summer approaches, she learns that Cecil’s grown children Jed and Callie have returned (with Callie’s husband Billy) to the family vacation home in Cape Cod for the first time in years – only a short distance from Marcella’s place in Connecticut. Coincidentally, Toni has taken a summer job helping care for Callie’s young son and newborn daughter. Marcella is disturbed by this news, but sees no way to remedy the situation without telling her daughter about the past she's trying to keep hidden.

Then one day Jed finds a woman’s swimsuit folded away in a box and stored in a closet – something he senses really doesn’t belong there. Although he doesn’t realize it at first, the suit is a connection to his father’s affair and to Marcella. Slowly though, he begins to piece the story together and decides to make contact with Marcella again. And when he and Marcella begin their own passionate affair, the old betrayals and secrets that are revealed produce intense and life-changing repercussions for both families.

I enjoyed this book much more than I expected to at first. However, I must say I believe the final third of the novel is much stronger and more interesting than the first two-thirds that lead up to it. That could just be because the last part of the book concentrates a bit more on the "mystery" of Betsy McClatchey's murder. If LeCraw could have tightened up that first part, the book would have been a truly extraordinary work – she's obviously a very gifted writer.

I found some of the characters a little hard to believe in, and some of their choices were also not easy to accept. In fact, "implausible" is a word that kept occurring to me over and over as I read the book. Do people really behave this way in the real world? The story had a very soap opera feel to it, and while it kept me coming back for another installment, it didn't have a real ring of truth. I've noticed other reviewers have praised LeCraw's depiction of post-partum depression (or whatever it's called now) as very realistic and sympathetic – and while I'm certainly no expert, I did think that part of the book (Callie and her struggle with the disorder) was very well done.

In the end, I enjoyed the book and even though I didn't love it, I still thought it was a good read, and I'd definitely recommend it to others. But I'm looking forward to reading more polished work by LeCraw in the future.
Posted by jlshall at 4:37 PM