I Am No One 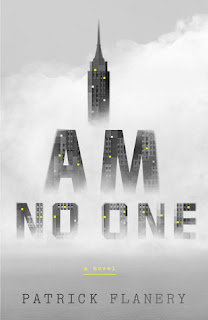 
After a decade living in England, Jeremy O'Keefe returns to New York, where he has been hired as a professor of German history at New York University. Though comfortable in his new life, and happy to be near his daughter once again, Jeremy continues to feel the quiet pangs of loneliness. Walking through the city at night, it's as though he could disappear and no one would even notice.

But soon, Jeremy's life begins taking strange turns: boxes containing records of his online activity are delivered to his apartment, a young man seems to be following him, and his elderly mother receives anonymous phone calls slandering her son. Why, he wonders, would anyone want to watch him so closely, and, even more upsetting, why would they alert him to the fact that he was being watched?

As Jeremy takes stock of the entanglements that marked his years abroad, he wonders if he has unwittingly committed a crime so serious that he might soon be faced with his own denaturalization. Moving towards a shattering reassessment of what it means to be free in a time of ever more intrusive surveillance, Jeremy is forced to ask himself whether he is 'no one', as he believes, or a traitor not just to his country but to everyone around him.

I broke one of my own rules and read several reviews of this one before I started it; generally, with Early Reviewer books, I at least try to get started on the story before I go looking for other opinions. And that little investigation got me worried — the reviews are very mixed. Then I started reading; and I admit, the slow, involved opening required more than a little perseverance to get through. Several times, in those first few pages, I got lost and had to re-read a sentence or two (or even paragraphs).

But once I was past that problem beginning, this turned out to be a really haunting tale. Although he's not immediately likable, I found Jeremy — the beleaguered academic at the center of the book — to be an intriguing and even sympathetic character. I enjoyed getting to know him and seeing his story develop. And even though fear of surveillance in our modern society certainly isn't a new or unexplored subject, this book makes you feel just how creepy it can be. This is one of those books that are really hard to discuss without revealing too much about the plot; so I'll just leave it at that — very creepy. Sometimes the creepiness feels a bit like a combination of Franz Kafka and Edgar Allan Poe. An example (from p.120 of the ARC):


It is horrible to begin to imagine that what seems like paranoid delusion might be anything but, that suspecting you are being followed and monitored and manipulated is, in fact, the height of sanity, perhaps the very definition of sanity in today's world. What is crazy is to imagine we are living private lives, or that a private life is a possibility any longer....

I do think the book was longer than it really needed to be, although I seem to be saying that about almost every book I read these days. But I liked the way Jeremy's story kept unfolding and expanding, revealing his history and personality a little at a time — the character towards the end of the book seems much more complicated, and yet more understandable than the one presented at the beginning. A very intriguing read, and I'm really glad I stuck with it.

(Full Disclosure: I received my copy of I Am No One free of charge, from the publisher, through Library Thing's Early Reviewer program. No other compensation was received, and no one attempted to influence my opinion.)