Now that Christmas has come and gone, I think it's time to wrap up a few more challenges.  I'll start with two that sort of go together. 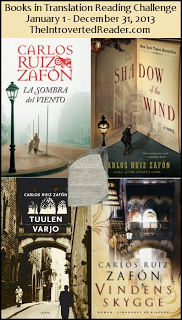 I signed up for this one at the "Beginner" Level (1-3 books), and actually read three books.  Never managed to get reviews posted, but I suppose that could still happen before the year ends.  What I read:
I enjoyed Ignorance quite a lot, but struggled with Invisible Cities and Chéri.  But I had fun with the challenge and want to thank Introverted Reader for hosting.  If a 2014 edition were offered, I'd definitely consider signing up again. 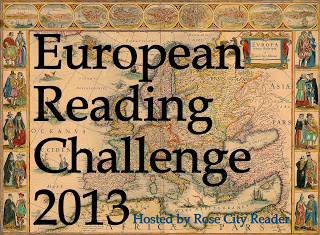 Signed up at the Five Star (Deluxe Entourage) Level, and should have read at least five books, but only read four.  Still, I consider that pretty successful, given my overall reading record for 2013.  Here's what I read:
Again, not many reviews (just that one for Cold Remains).  Of the four, I suppose Ignorance was my favorite, although Inferno was fun (not the best Dan Brown book I've read, but still very entertaining).

This was a great challenge, and I'm thinking seriously of signing up for the 2014 edition.  Rose City Reader deserves a huge thank-you for hosting.