This week's letter is "T." So I went to my shelves, and this is what I pulled out.

This Side of Paradise
Written by F. Scott Fitzgerald
Published 1930
The cover of the first edition: 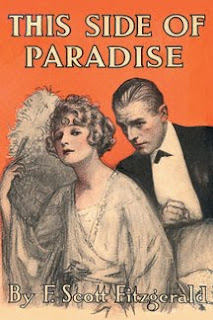 Description of the book (from Good Reads; I believe this is originally from Scribner's):

First published in 1920, This Side of Paradise marks the beginning of the career of one of the greatest writers of the first half of the twentieth century. In this remarkable achievement, F. Scott Fitzgerald displays his unparalleled wit and keen social insight in his portrayal of college life through the struggles and doubts of Amory Blaine, a self-proclaimed genius with a love of knowledge and a penchant for the romantic. As Amory journeys into adulthood and leaves the aristocratic egotism of his youth behind, he becomes painfully aware of his lost innocence and the new sense of responsibility and regret that has taken its place.

Clever and wonderfully written, This Side of Paradise is a fascinating novel about the changes of the Jazz Age and their effects on the individual. It is a complex portrait of a versatile mind in a restless generation that reveals rich ideas crucial to an understanding of the 1920s and timeless truths about the human need for (and fear of) change.

A selection of covers of different editions:

And a photo of Scott and Zelda Fitzgerald in their prime, during the Jazz Age (who's the prettiest?): 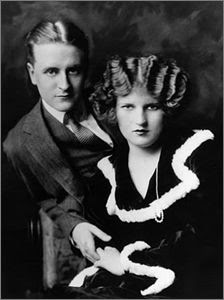 One of my all-time favorite novels, although it's been many years since I last read it. Of course, I don't think I've ever read anything by Fitzgerald that I didn't love.
Posted by jlshall at 5:35 AM