Review: The Map of True Places 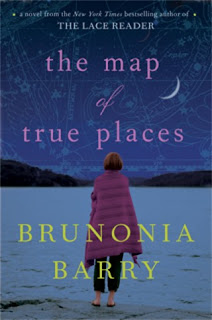 Zee Finch is a young therapist still recovering from the suicide of her mother fifteen years ago. Maureen Finch had been a beautiful but disturbed woman, whose emotional problems had forced the thirteen-year-old Zee into the role of caretaker when she was much too young to be prepared for it. The experience deeply traumatized Zee, and influenced her choice of career. When Zee takes on a new patient, Lilly Braedon, who reminds her very strongly of Maureen, she allows herself to become much too involved with Lilly and her problems. And when Lilly also commits suicide, Zee is once more badly shaken and begins questioning her own part in Lilly’s death, as well as her overall professional abilities.

Taking some time away from the job (and fiance William), Zee travels back to her home in Salem, Massachusetts, intending to visit her father (called Finch), and his partner, Melville. But when she arrives in Salem she finds that Melville seems to have disappeared, and Finch’s Parkinson’s disease has advanced alarmingly: He's hallucinating about Nathaniel Hawthorne, has set up a "cent-shop" like the one in House of the Seven Gables, and is selling Melville's belongings to the neighbors. Once again, Zee is forced into the role of caregiver, and also has to deal with childhood memories, and the secrets and buried truths involved in her relationship with her father. At the same time, she begins a romance with an attractive stranger who may have dangerous connections to Lilly Braedon’s suicide.

I'm very sorry to have to say I was disappointed with Barry's second novel. Now maybe my expectations were just too high, as I absolutely loved her debut novel, The Lace Reader – it's become one of my all-time favorite reads. So I was hoping to enjoy The Map of True Places just as much, and I was very excited to get an ARC of the book from the publisher. But in the end, it was really mostly that "free book" obligation that kept me reading.

I thought the plot, with so many different story lines, was annoyingly convoluted. All that jumping around in time occasionally even seemed confusing for the author, forcing her to repeat herself in several places throughout the book (almost as if she were saying, “Oh, did I tell you this already?”). And while a few of the many characters were very finely drawn, some just felt like stock footage.

Like The Lace Reader, this novel is set in Salem and the atmosphere and local color is well portrayed. And Barry is still very adept at adding little details that make the story and characters seem very real and familiar. And she's still wonderful with descriptive images (like the children playing at the beach, wearing "so much 45 SPF that the blowing sand began to coat their pale bodies, making them look like sugar cookies.") But in general, I thought the writing was uneven – brilliantly luminous in parts (like the Brunonia I love), but strangely sloppy and repetitive in others: as if she'd worked very hard on polishing some passages, and just used her rough drafts at other times. And the ending, though it had some interesting plot twists and did tie up all the various threads (perhaps a little too perfectly) – well, I'll just say I found it unsatisfying and strangely inappropriate to the tone of the rest of the book.

Ultimately, I think Barry was just trying to weave too many plots together. I would have been happier if she’d concentrated more on the story that I found really intriguing, which was the saga of Finch and Maureen and Melville (the old folks), and hadn't spent quite so much time on young Zee and her various traumas and neuroses. Possibly what the book needed wasn't better writing, but tougher editing. I'm still a Brunonia Barry fan, and still hoping for that amazing follow-up novel, but this just wasn't it.

[Note: This review refers to an advance reader's edition of the novel, provided free of charge by the publisher. I received no other compensation for reading the book, no one tried to influence my review, and the opinions expressed here are entirely my own.]
Posted by jlshall at 2:00 PM