This week's letter is "G." So I went to my shelves, and this is what I pulled out. 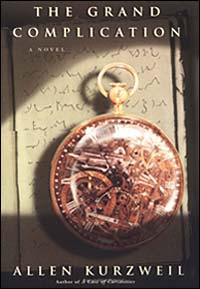 In this work, set in modern-day New York City, a wealthy and eccentric bibliophile named Henry James Jesson III hires a witty, browbeaten employee of the New York Public Library, Alexander Short, to search for the missing object. Alexander, the sexually malfunctioning husband of a French artist who designs pop-up books, accepts the commission. Utilizing his exceptional research skills, he determines that the empty compartment once contained an 18th century timepiece made for Marie Antoinette. The watch, named "The Grand Complication" for its technical superiority, was stolen from a Jerusalem museum in 1983 and has been missing ever since. As the investigation deepens and Alexander becomes privy to the cloistered world of Jesson's elegant Manhattan townhouse, Alexander realizes that the elusive timepiece is not the only object under scrutiny. The robust cast of supporting characters includes a bawdy library director whose nickname is the "Librarian of Sexual Congress"; a Marie Antoinette groupie who once tried to steal the queen's pillow from an exhibit; and a no-nonsense businessman determined to open a museum devoted to all things obsolete. All come together with great finesse in this enchanting quest one that is sure to appeal to fans of Arturo Perez-Reverte and anyone who appreciates an intellectual romp.

And a photo of the paperback edition: 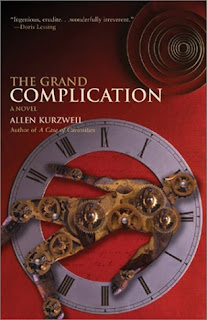