Review: The Island of Dr. Moreau 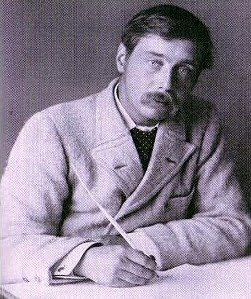 H.G. Wells once again shows us it's dangerous to mess with Mother Nature.

Edward Prendick ("a private gentleman"), after being abandoned at sea by a madman of a ship's captain, finds himself rescued by the inhabitants of a mysterious island in the South Pacific. There he meets and is sheltered by the infamous Dr. Moreau. The mad doctor, who has been exiled from England because of his experiments in vivisection, is on a mission to create a new, superior race of beings. At first grateful for being rescued, Prendick gradually learns the true horror and dangerous consequences of Moreau's shadowy, gruesome biological research, and what it means for the grotesque inhabitants of Moreau's hellish island hideaway.

Wells' classic sci-fi adventure tale was apparently something of a sensation when it first appeared at the end of the 19th Century, and is heavy with themes and worries of its day – eugenics, vivisection, Darwin's writings, psychiatry. And its concentration on what, today, we would call "bioengineering" adds a very contemporary feeling to the novel, more than a hundred years after it was written. Moreau's warning that "The study of Nature makes a man at last as remorseless as Nature" is a problem scientists will probably always face.

I don't really know why it's taken me so long to read this one, since H.G. Wells is one of my favorite writers. Although I didn't love it as much as War of the Worlds or The Time Machine, it was still great fun – lots of excitement and surprises. And as always with Wells' work, it was beautifully written and accessible – just what you'd expect from one of England's greatest story-tellers.
Posted by jlshall at 2:43 PM