The Mystery Writers of America have announced the nominees for the 2022 Edgar Allan Poe Awards, commonly referred to as the "Edgars." The annual awards honor the past year's best writing in mystery fiction and nonfiction. There are also awards for television writing, published or produced in 2021.

Since this is my favorite genre, I always like to see who's been nominated every year. Gives me lots of titles to add to my (already ridiculously long) TBR list, and helps me find new authors I might want to try. This year, I'm embarrassed to admit, I haven't read any of the nominated works, and I've only seen one of the TV shows (the  “Happy Families” episode of the Midsomer Murders series, written by Nicholas Hicks-Beach; available on Acorn TV).

The awards celebration is scheduled to take place on April 28, 2022 at the New York Marriott Marquis Times Square, as well as online. I'm not going to include all the nominations here (you can see the full list on the MWA website), but these are a  few of the books I'm looking forward to checking out. 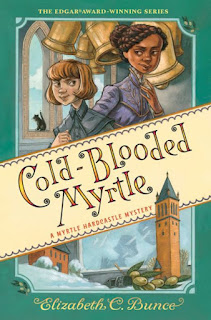 Myrtle Hardcastle – twelve-year-old Young Lady of Quality and Victorian amateur detective – is back on the case, solving a string of bizarre murders in her hometown of Swinburne and picking up right where she left off in Premeditated Myrtle and How to Get Away with Myrtle.

When the proprietor of Leighton’s Mercantile is found dead on the morning his annual Christmas shop display is to be unveiled, it’s clear a killer had revenge in mind. But who would want to kill the local dry-goods merchant? Perhaps someone who remembers the mysterious scandal that destroyed his career as a professor and archaeologist. When the killer strikes again, each time manipulating the figures in the display to foretell the crime, Myrtle finds herself racing to uncover the long-buried facts of a cold case – and the motivations of a modern murderer. 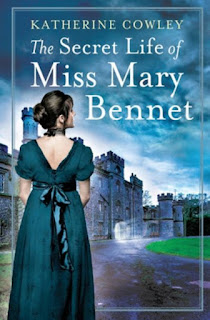 Upon the death of her father, Mary Bennet's life is thrown into turmoil. With no fortune or marriage prospects, Mary must rely on the kindness of her relatives. When a mysterious late-night visit by an unknown relative – a Lady Trafford from Castle Durrington – leads to an extended stay and the chance for an education, Mary gratefully accepts the opportunity.

But even as she arrives at the castle, she's faced with one mystery after another. Who is Lady Trafford really and what is she hiding? Do her secrets and manipulations place the small seaside community at risk of an invasion by Napoleon Bonaparte? Always curious, Mary sets out to discover the truth. But when she discovers the dead body of a would-be thief she outed prior to her father's funeral, Mary jeopardizes her position at the castle and her family's good name in her quest for the truth.

Never underestimate the observation skills of a woman who hides in the background. 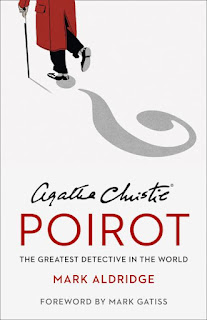 From the very first book publication in 1920 to the upcoming film release of Death on the Nile, this investigation into Agatha Christie’s Hercule Poirot celebrates a century of probably the world’s favorite fictional detective.

This book tells his story decade-by-decade, exploring his appearances not only in the original novels, short stories and plays but also across stage, screen and radio productions. The hardback edition includes more than 400 illustrations.

Poirot has had near-permanent presence in the public eye ever since the 1920 publication of The Mysterious Affair at Styles. From character development, publication history and private discussion concerning the original stories themselves, to early forays on to the stage and screen, the story of Poirot is as fascinating as it is enduring.

Based on the author’s original research, review excerpts and original Agatha Christie correspondence, Poirot: The Greatest Detective in the World is a lively and accessible history of the character, offering new information and helpful pieces of context, that will delight all Agatha Christie fans, from a new generation of readers to those already highly familiar with the canon. 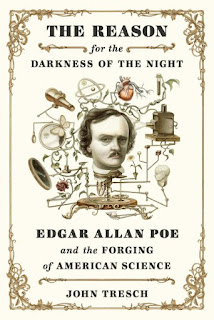 The Reason for the Darkness of the Night:
Edgar Allan Poe and the Forging of American Science
by John Tresch
(Farrar, Straus and Giroux)
Category: Best Critical/Biographical
From the publisher:

We all think we know Poe – the most popular American writer around the world, dissolute puzzle-maker, pioneer of detective fiction, and author of haunting, atmospheric verse. But what if there was another side to the man who wrote “The Raven” and “The Fall of the House of Usher”? What if Poe were as well known for his speculations about the birth of the universe or his “Sonnet–to Science”? In The Reason for the Darkness of the Night: Edgar Allan Poe and the Forging of American Science, John Tresch offers a bold new life of one of the nineteenth century’s most iconic writers. By shining a spotlight on a time when the line between speculative endeavors and scientific inquiry was blurred, Tresch reveals Poe to have been much more than a practitioner of science fiction – in fact, he was an avid commentator on scientific developments, publishing and circulating in literary milieux that also played host to lectures and demonstrations by the era’s most prominent scientists, semi-scientists, and pseudo-intellectual rogues. As one newspaper put it, “Mr. Poe is not merely a man of science – not merely a poet – not merely a man of letters. He is all combined; and perhaps he is something more.” Beginning with his study of mathematics and engineering at West Point, and taking us through the tumultuous years leading up to publication of “The Raven,” Tresch shows that Poe nurtured a fascination with science from his earliest days as a writer. In works such as “A Descent into the Maelstrom” and “Mesmeric Revelation,” Poe explored subjects ranging from the physics of vortices to occult psychology, later turning his attention to the origins of the universe in a dazzling lecture that would win the admiration of Albert Einstein and other twentieth-century physicists. Throughout, he lived and suffered for his ideas, and remained a figure of brilliant contradiction: he gleefully exposed the hoaxes of the era’s pseudo-scientific fraudsters even as he perpetrated hoaxes himself. The Reason for the Darkness of the Night is the richest portrait yet of a writer whose life is synonymous with mystery and an entertaining, erudite tour of the world of American science just as it was beginning to come into its own.