Book Beginnings: A Shadow on the Wall 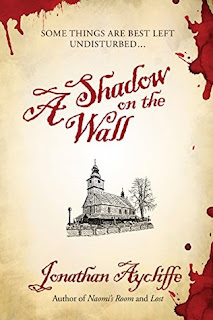 A Shadow on the Wall, by Jonathan Aycliffe (2000). This is the book's first sentence:

Atherton appeared in my rooms two or three days after my accident.


Edward Atherton, Rector of Thornham St Stephen, should never have meddled with the tomb of the 14th century Abbot of Thornham. From the moment the workmen raise the tomb lid, the horror begins and Atherton is pursued by a malign shadowy presence. After Edward meets an unexplainable death, his brother Matthew calls on Richard Asquith for help. Asquith is a fellow at Cambridge University, and a historian with an interest in psychic phenomena. Together the two men must unravel a series of strange events as they plunge into a dark mystery of ancient evil.

Well, that's not the most scintillating opening sentence, is it? But I've read other books by Jonathan Aycliffe so I knew even though they may seem slow at first, things get very spooky very quickly. And as I read this one for the RIP Challenge, spooky is definitely what I was looking for.

And speaking of spookiness, here's an alternate cover with a little more of that.... 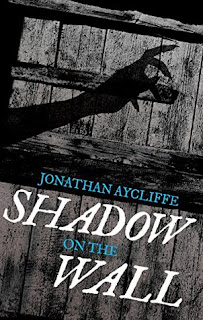