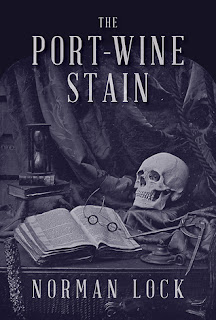 
This gothic psychological thriller recounts the story of a young Philadelphian, Edward Fenzil, who, in the winter of 1844, falls under the sway of two luminaries of the nineteenth-century grotesque imagination: Thomas Dent Mütter, a surgeon and collector of medical “curiosities,” and Edgar Allan Poe.

As Fenzil struggles against the powerful wills that would usurp his identity, including that of his own malevolent doppelgänger, he loses his mind and his story to another.

This one disappointed me. I thought it started well, but after a strong beginning, nothing much actually happened until very late in the narrative. I wasn't really expecting a lot of action, but even so, the story seemed to stagnate very early. And it certainly didn't come near the delicious eeriness you get when you're immersed in one of Poe's tales.

However, I did enjoy the writing style ⏤ not a downright copy of E.A. Poe's (and I wasn't really expecting that either), but pleasantly similar. For me, though, the problem was too much style and not enough substance, I'm afraid.

(Full Disclosure: I received my copy of this book from the publisher, through Library Thing's Early Reviewer program, in exchange for an honest review. No other compensation was received, and no one attempted to influence my opinion.)