I've been unusually lazy during this time between Christmas and the dawn of the new year. We're still sort of in Holiday mode around here -- we typically leave the decorations up until at least the 5th, and our main activity is trying to finish up all those jigsaw puzzles we've been saving up for this time of year.

Still haven't decided what will be my first book of 2016. Most years, I've at least picked out something by now. I'm hoping that's not a bad omen. I usually try to start off with a thriller or sci-fi of some sort. But this year I'm thinking I might begin the year with one of the Mrs. Malory books (by Hazel Holt who died in 2015) -- there are still three or four books in the series that I need to read, and I'm a huge fan of Sheila Malory.

Lately, my major bookish activity (aside from coloring books -- but more about those later) has been figuring out which reading challenges I want to take part in during 2016, and getting all the bookkeeping set up for those. So far, I've signed up for 17 challenges (see my list); mostly ones that I join every year, but also a few new ones, like the Blogger Shame Review Challenge and the Color Coded Challenge. I'm trying very hard to stop at 17, but there are several others I'm really interested in -- especially:

Back to the Classics, hosted by Books & Chocolate 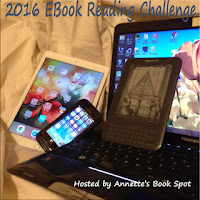 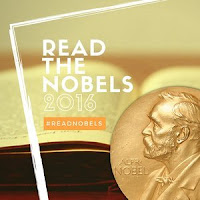 And then there's Reading Challenge Addicts -- I guess that's sort of a no-brainer for me. I definitely belong there.

I'm hoping to do a regular "challenge checkup" post on the blog this year. Maybe once a month or so -- just to keep me on track and show myself how I'm doing and what I still need to read.

I'm also planning to do more Sunday Salon posts. It's been many, many months (or possibly years) since I participated in the group -- I sort of abandoned it once it became a Facebook group, since I'm not a real FB person. Hoping to get back to it in 2016.

Anyway, that's the plan at the moment. But that could all change, of course. The year (unlike yours truly) is young.