Quick Review: The After House, by Michael Phillip Cash 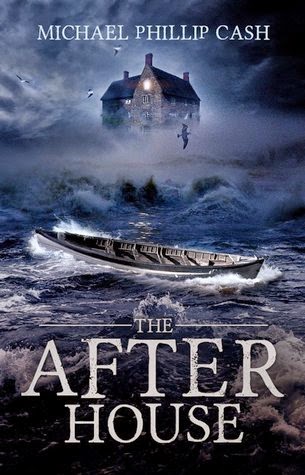 After her marriage falls apart, Remy Galway moves with her young daughter Olivia into a 300-year-old cottage in historic Cold Spring Harbor, Long Island. They don't know it, but there also happens to be another occupant in the cottage -- the ghost of 19th Century sea captain Eli Gaspar. The Captain is having a little trouble "moving on" and is not happy about the changes these new inhabitants are making to his old home. His anger leads him to play a number of dirty tricks on Remy, trying to get her do some moving on, herself. But when the tricks turn more deadly, is it the captain who's to blame? Or does Remy have a non-ghostly enemy who wants her dead?

This was a surprisingly entertaining read. Much more of a romance than a mystery or ghost story, although there is a mystery to be solved, and it does involve ghosts. Also angels. It reminded me quite a bit of the old Gene Tierney/Rex Harrison movie, "The Ghost and Mrs. Muir." (One of my favorites.) But it has its own story to tell, and it does it very amusingly. Actually, I was surprised at how much humor Cash manages to mix with the more serious (if improbable) plot line. This would be a perfect book to take on vacation with you -- it's a very fast read with likeable characters (both dead and alive) and never gets dull.