Booking Through Thursday: One Question

This week, BTT asks a question about questions: If you could ask your favorite author (alive or dead) one question … who would you ask, and what would the question be?

Interesting. Well, I've got several "favorite" authors, and it's hard to choose just one. So I'll go with a couple of favorite authors and a couple of nagging questions. Best I can do. How's that?

I don't know that there's any single question I'd ask her, but I'd love to have a conversation with Barbara Pym. Probably wouldn't talk lit-ra-chure, though. More likely to chat about fashion, pet pussycats, and local gossip. Maybe exchange a few recipes. Have a couple of G&Ts in the garden. That would be great fun. Also not exactly a single question – but I'd like to find out who wrote all those Shakespeare plays. Was it really the actor Will Shakespeare who lived in Stratford? The one who's buried in Trinity Church there? And I'd love to hear what he has to say about his will, his wife, and all that "second best bed" business. Slap in the face? Or richly symbolic? 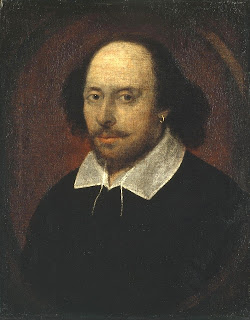 And while we're on the subject of literary mysteries, I guess I'd probably want to ask Charles Dickens how he intended to finish his final novel, The Mystery of Edwin Drood, even though he's not exactly a favorite of mine. But as a mystery lover, I always like to have the loose ends tied up, the secrets revealed, and the culprit getting his (or her) comeuppance. 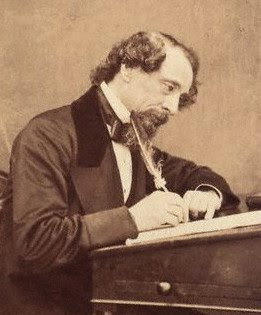 Photos of Shakespeare and Dickens: Wikipedia's Wikimedia Commons.
Photo of Barbara Pym is from the book A Very Private Eye: An Autobiography in Diaries and Letters, edited by Hazel Holt and Hilary Pym (E.P. Dutton, 1984).
Posted by jlshall at 8:13 AM