At the Mountains of Madness, by H.P. Lovecraft 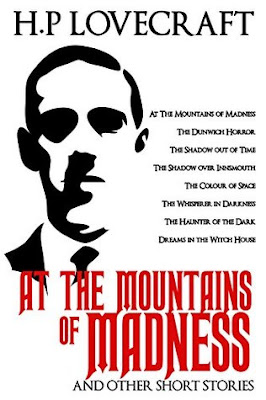 In H.P. Lovecraft's horror novella from 1931, Professor William Dyer, a geologist at Arkham's Miskatonic University, recounts the experiences of his expedition to the Antarctic plateau. The group of scientists and academics were hoping to collect rock and plant specimens from deep within the continent and were at first discouraged to find no evidence of any kind of life in the barren wasteland. The explorers divide into separate groups, and then lose contact with each other.

When Dyer and his companions finally locate the other group, they find the camp devastated with most of the men and sled dogs slaughtered. Then they stumble upon strange fossils of unidentifiable creatures, which lead them further into the unexplored country. Here they find carved stones dating back millions of years, and the ruins of an unknown, lost civilization — incredibly ancient and horrifyingly alien. At last, they come upon a city built by the terrifying "Old Ones" where they face those well-known Lovecraftian "nameless horrors."

The tale is ostensibly told by Professor Dyer, in an attempt to deter a new expedition that's preparing to explore the same part of the Antarctic where his earlier party met disaster; and the very low-key academic prose provides a wonderful contrast with the fantastic happenings it details. It's classic Lovecraft, with mentions of Elder Things, shapeless shoggoths, the Necronomicon, and Edgar Allan Poe. Not great literature, maybe, but these Lovecraft stories have had such a huge influence on later writers and movie-makers — if you enjoy horror or science fiction, they're definitely worth a read. I've had this on my TBR shelf for many years and managed to keep passing it up, even though I've read lots of other Lovecraft works. So glad I finally managed to find time to read it.

I actually read this on my Kindle, but I've also got an old paperback edition with a much more interesting cover: 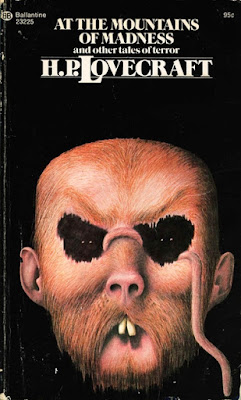