Book Beginnings: Only Love Can Break Your Heart 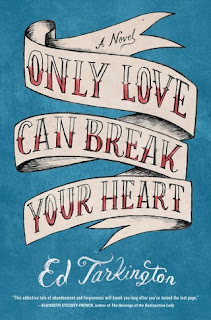 Only Love Can Break Your Heart, by Ed Tarkington (Algonquin Books, January 2016). This is the book's first paragraph:


Paul was my half brother. But I never called him that. This was partially out of loyalty -- for I remained devoted to him despite everything -- but mostly because it didn't seem quite enough, having only half of one brother. So I never thought of him that way.

I like the voice here, and the slightly mysterious feeling -- everything's in the past. And that "despite everything" sounds like some real complications down the line. I'm just starting this one and don't know much about it, but the opening is definitely pulling me in.